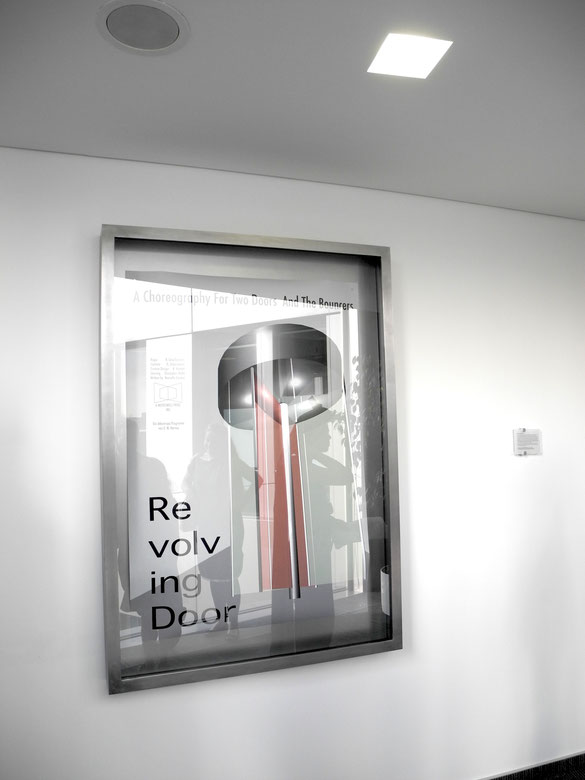 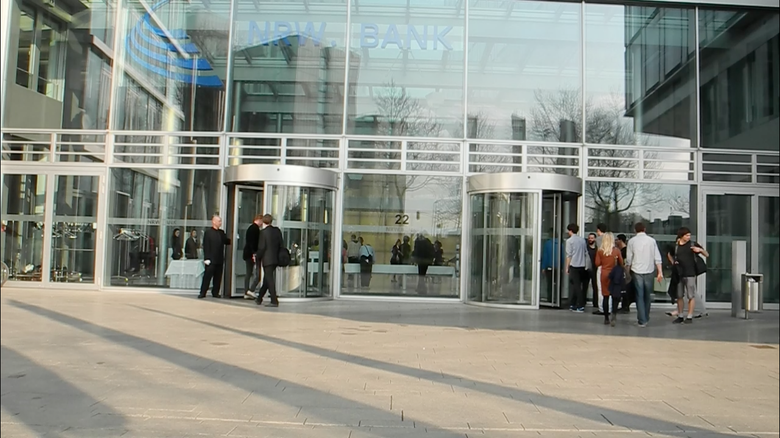 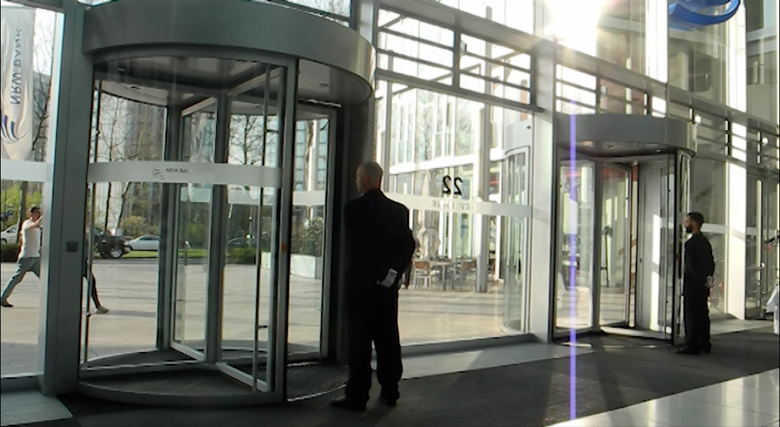 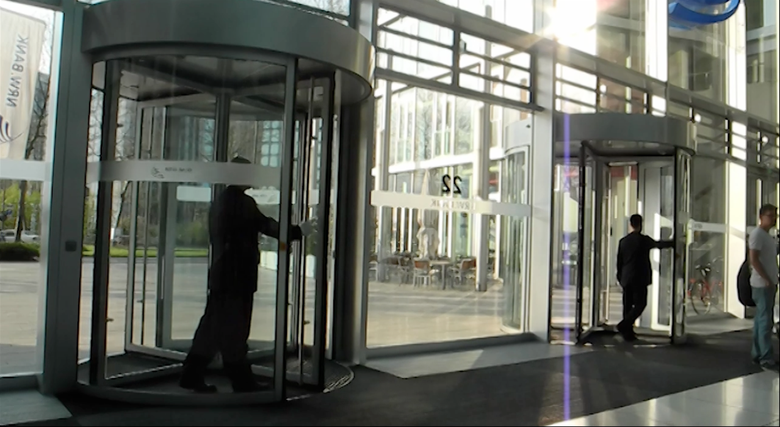 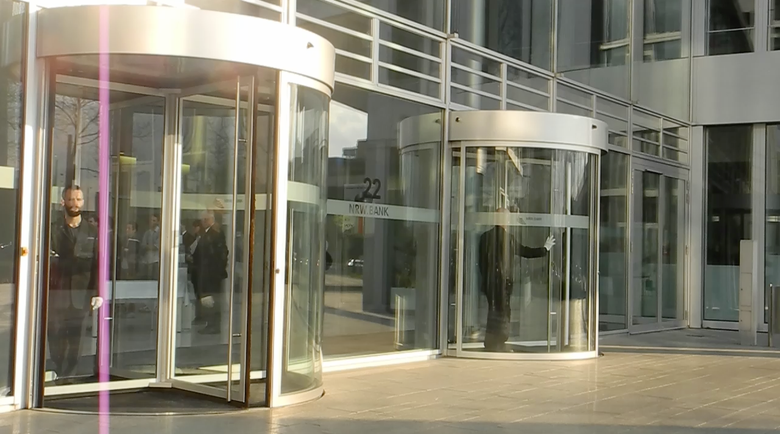 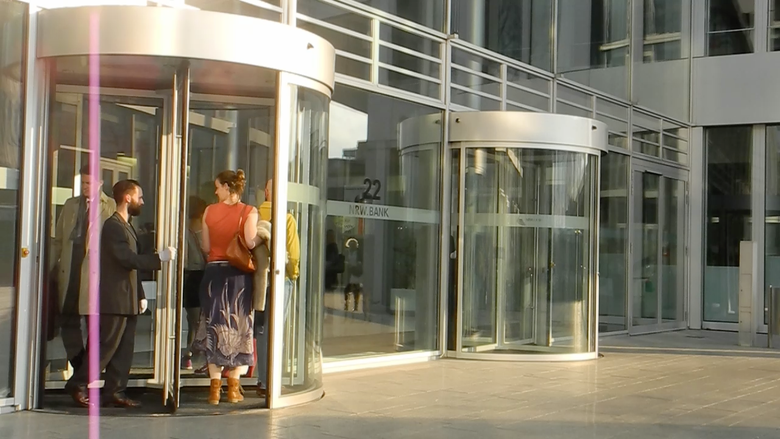 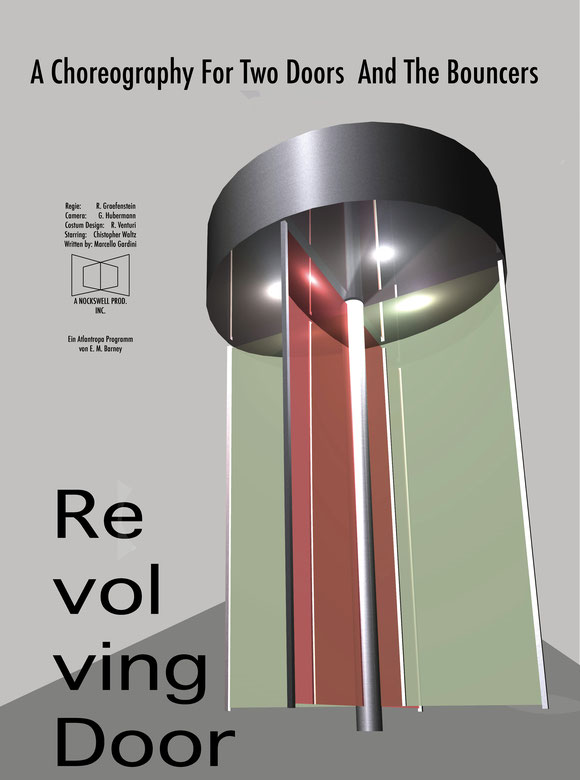 The Performance was part of a show with the title “Gruppeneffekt” at NRW Bank, a major govermental bank, finacing public projects with an ethical “correct” ambition. It was the first time I became aware of the hyperorganised structures and unpiercable limitations of such a big institution, becoming visible in architecture and behavior of the employees.

The perforamnce took place at the mainentrance of the bank building. Two doormen were performing a choreography with and within the revolving doors, giving access to the building. While in the beginning the doormens had a helpful attitude towards the audience, entering the exhibtion (and even were perceived as an inherent part of the bank staff), their function switched during the opening by altering rhythem and speed of the revolving doors, manipulating and dictating the movement of the visiting individuals. Although it apperaed as an annoying fact for the personal liberty of movement, it was accepted by the majority of the visitors due to attitude, apperiance and role of the doormen.

the performance was accompanied and annouced  with a poster containing a fictional set of producers and actors, which was presented in a massive steelframe in the upper floors of the bank building.